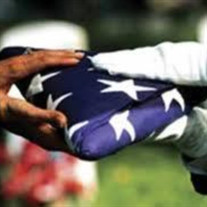 Donald John Hoch, Sr., 87, of Hudson passed away on July 26, 2021. He was born January 14, 1934 to William and Catherine Hoch in Trenton, NJ. He was a loving husband, father, uncle and grandfather. Don is survived by his wife of 36 years Brenda; son Donald, Jr; daughter Dianne Johnson and her husband Brian; grandchildren Brian Jr and Ashley, great-granddaughter Arabella; nephews – Edward Thompson and his wife Margaret; Thomas Thompson and his wife Wendy; and a niece, Janice Ridgway.A Celebration of Life will be held Saturday, August 21 at 1PM. The family will receive friends from 12:00PM until the service begins. In lieu of flowers, donations may be made to the Florida Skunk Rescue, 7308 Milford Ct, Hudson, FL 34667 or through PayPal to [email protected] in memory of Donald Hoch. Don was a proud USAF vet. While serving in the Air Force he was stationed in Biloxi, MS and Denver, CO, where he taught electrical engineering to USAF Officers. After discharge from the Air Force, he worked for Xerox for a brief period, and then went to work for RCA Labs in Princeton NJ. When RCA Astro Space Division started in Hightstown, NJ, he transferred there. Don was a 1958 RCA Electronics Pioneer. He worked on many different communication satellite programs including Astra for Luxembourg, Koresat for Korea, several jobs for NASA-Goddard, as well as several classified jobs. One particular job, for NASA-Goddard, was to build three consoles for the Apollo moon-landing mission. The consoles were designed to convert the Apollo slow scan TV camera format to normal American TV. These consoles were then sent to Australia, Spain, and Goldstone in California for use during the moon landing. Don went to the Spain location to supervise the TV transmission during this mission. Don was the first person to see the moon landing on the console before it was transmitted to the White House and American TV. During Don’s 35+ years at RCA, the company was sold multiple times - first to GE, then Martin-Marietta, and then Martin-Marietta merged with Lockheed. While in NJ, Don was very active in Bordentown Elks Lodge 2085 and served in all the offices, including Exalted Ruler from 1989 to 1990. After retiring from Lockheed, Don and his wife Brenda moved to Florida. Don became very active in the US Coast Guard Auxiliary in Hudson FL where he taught boating classes, and served as Commander of the Auxiliary. Don and his wife Brenda also became active in fostering retired greyhounds for Greyhound Pets of America until they found their forever homes. In addition, they volunteered with and eventually took over running the Florida Skunk Rescue, which rescues skunks domestically raised as pets. After an owner surrenders a skunk, they foster the skunk for a short period of time and then find the skunk a forever home. Since they started with Florida Skunk Rescue in 2008, 175+ skunks have been rescued and re-homed. His wife Brenda will continue with this endeavor with their dedicated hard-working volunteers. Those that knew and loved Don know he loved wearing t-shirts with sarcastic sayings on them. If you have such a t-shirt that you think Don would have enjoyed, please feel free to wear it to his memorial service.

Donald John Hoch, Sr., 87, of Hudson passed away on July 26, 2021. He was born January 14, 1934 to William and Catherine Hoch in Trenton, NJ. He was a loving husband, father, uncle and grandfather. Don is survived by his wife of 36 years Brenda;... View Obituary & Service Information

The family of Mr. Donald John Hoch created this Life Tributes page to make it easy to share your memories.

Send flowers to the Hoch family.