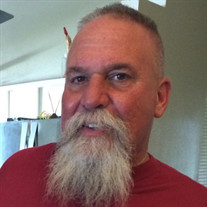 David Paul Russo, 62, of Hudson passed away on December 3, 2021. He ended his battle with cancer surrounded by the love and support of his family. He was born in Worcester, Massachusetts on February 22, 1959 to Frank and Anna (Zaremba) Russo. He is preceded in death by his parents, his brother Edward, and sister-in-law Amy (Wilt). David is survived by his dedicated wife of 38 years, Helen; son David Russo (Marissa), daughter Stephanie Flink (Kevin), son Daniel Russo, daughter Kelsey Russo; brothers Wilt Russo, and Frank Russo (Karin); grandchildren Max, Caden, Benjamin, and Charlie; many nieces, nephews, great-nieces, and great-nephews. David was known by many nicknames, but most fondly as ‘Big Dave’, a nod to both his stature and heart. His grandchildren knew him best as ‘Popi’, their best friend and partner in crime. He was a dedicated family man who would go to any length for his wife, children, and grandchildren. Whether it was in sports, education, careers, or personal accomplishments, David was his family’s biggest supporter. David also supported his community professionally in many roles with Pasco County Utilities. David and his family moved to Florida in 1994 and he remained an avid fan of all New England sports teams. David was the life of the party, the first one on the dance floor, and the guy you could always count on for a laugh. He was fiercely loyal and the most dependable friend. We will carry David’s memory in our hearts forever. A Memorial Service will be held on Saturday, December 18 at 2:00 PM at Grace Memorial Funeral Home. The Family will receive friends and visitors from 1:00 PM until the time of the service. In lieu of flowers, please make a donation to the Labrador Retriever Rescue of Florida. https://lrrof.org/in-memory-or-honor-donation/

David Paul Russo, 62, of Hudson passed away on December 3, 2021. He ended his battle with cancer surrounded by the love and support of his family. He was born in Worcester, Massachusetts on February 22, 1959 to Frank and Anna (Zaremba) Russo.... View Obituary & Service Information

The family of Mr. David P. Russo created this Life Tributes page to make it easy to share your memories.

Send flowers to the Russo family.