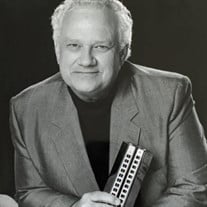 Mr. Paul “Danny” Wilson, 85, of Hudson passed away at home surrounded by family on May 30, 2021. He was born October 25, 1935 to Paul and Velma Wilson in Logansport, Indiana. He was raised the eldest of 9 children in a loving home on Palmer Street in Pontiac MI. He and his family were blessed with great musical talents. Danny was an amazing singer and also studied the violin from age 7 into adulthood. Their mother accompanied the family on the piano or organ as they often performed as special music, at their Seventh Day Adventist church. His siblings were and are still to this day, very talented singers. Danny met the love of his life, Lorraine Bishop in 1953. They graduated from Adelphian Academy together in 1954, and were married on October 2, 1955, and were married for 65 years. They were blessed with 5 daughters, and made a happy and loving home together. Through his long illness, Lorraine lovingly cared for Danny by herself through his battle with dementia/alzheimer's. Throughout Danny's childhood, his father had enjoyed keeping harmonicas around the home and enjoyed playing them. Danny was always enamored by the "sound" of the harmonica, but never enough to learn how to play. However at the age of 35, he was given the opportunity to learn to play the bass harmonica by fellow GM Chevrolet engineering technician, Rick Richardson. After immersing himself into the instrument for 7 years, he was honored to be selected by Jerry Murad and Al Fiore to "join the act" in late 1977. His time as a "Harmonicat" gave him the opportunity to play with great musicians over the years and many of his favorite pop idols. His musical career lead him to perform on 79 cruises. He also made a brief appearance in a Hollywood movie, called "Magnolia", starring Tom Cruise. His music brought him so much joy. Although he was among the very best at what he did, he was never boastful or bragged. Danny will always be remembered as the most loving, caring, kind and generous person you could ever have been blessed enough to have known. He was always genuine and honorable. Danny was always unselfish, and put others ahead of himself at every occasion. He has always loved God and has always lived for the day that he could re-unite with his loved ones very soon. Danny is preceded in death by his parents, Paul and Velma Wilson, his daughter Wendy, his brothers David and Gayle and his sister Verlaine. He is survived by his loving wife Lorraine, daughter Kim Ritter and her husband Roger, daughter Lynn Wilson, daughter Laura Waterstadt and her husband Steve, daughter Pam Day and her husband Tad, siblings Janice, Norman, Delores, Glenna and Mary; grandchildren Jason, Erica, Rachel, Ashleigh, Dylan, Alysa, Brian, Tracy, Karlie, Kaitlin, Heather, Clifford and Daniel; great-grandchildren Owen, Claire, Timothy, Elliott, Zachary, Evelyn, Alexander, Addilyn, Joshua Jr., and Presley; and several nieces and nephews. Danny was a loving son to his parents whom he missed deeply. He was also a very loving husband, father, grandfather, great-grandfather, brother, uncle and friend. He will be deeply missed, until he re-unites with his loved ones on that glorious day when our Savior returns to bring us all home. Cremation Arrangements are under the direction of Grace Memorial Funeral Home, 16931 US Hwy 19, Hudson, Florida. A Memorial Service will be held on August 28, 2021 at 2:00 PM at Waterford Riverside 7th Day Adventist Church, 8725 Pontiac Lake Rd, Waterford Township, MI 48327

The family of Mr. Paul "Danny" Wilson created this Life Tributes page to make it easy to share your memories.

Send flowers to the Wilson family.