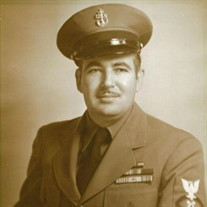 Harry Gunter, Jr., 103, born October 14, 1918 in Oceanside, California passed away peacefully on his own terms October 21, 2021. He had been residing at a wonderful assisted living facility, The Grande, in Brooksville, FL with a truly amazing staff. Everybody knew him, everybody loved him. He was preceded in death by four brothers, 1 sister, his oldest son David, and Hazel Van, his loving wife of over 50 years. He is survived by and was the loving father of Karen Wilde (Fred), Susan Provins (Bobby), Harry Gunter (Vicky), and was the attentive grandfather, great, and great, great grandfather of 26 children. He taught most of his grandchildren to catch their first fish and how to find and catch ghost shrimp bait. Harry was raised by his grandparents who adored and spoiled him. He was given a 22 rifle by his grandfather at age 5, and built his first boat at age 8. He and his dog, Rusty, roamed the open range of San Onofre, CA, which is now Camp Pendleton Marine Base. Harry joined the Navy in 1936 and retired in 1961 as a Chief. He served in the Atlantic and Pacific Fleet and fought in many battles during WWII in the South Pacific. His ship's were hit by torpedoes and bombs but were never sunk. He and many of his shipmates were at a battle station when it was hit by a torpedo, killing some of the men and causing Harry to lose hearing in both ears for a few days. Toward the end of the War he guarded German prisoners, helped his wife turn in a spy who was then captured by the FBI, and was involved in body recovery in Pearl Harbor 2 days after the attack. He was a truly seasoned Veteran who loved to serve and to exemplify and preserve the principles and ideals of our country. He passed his military patriotism on to three of his children, a grandchild and great grandchild. His sons-in-law were both career Navy men. Harry never sought the limelight and was ever so humble. He was a master carpenter, craftsman, ship builder, plumber, and auto mechanic who could fix anything. He was a good teacher and taught whomever wanted to learn. He never really hated anything except tiny lizards. He got along with anyone he met and was the kind of man you always wanted on your team. Harry leaves behind a family that will truly remember his stories and miss his telling them. Harry has now reunited with his beloved Hazel and she is teaching him the ropes. We know she said "Harry where the heck have you been, I've been waiting?" God rest your tired old soul Harry. 103 is a long time. As he wanted, his ashes will be spread in the Pacific Ocean where Hazel is waiting and some ashes at San Onofre Beach where he grew up. We know he is with us in spirit and we will miss him, our Hero. And if he doesn't mind, some of us may still ask him for advice from time to time. We will miss Harry until we meet him again in Heaven.

Harry Gunter, Jr., 103, born October 14, 1918 in Oceanside, California passed away peacefully on his own terms October 21, 2021. He had been residing at a wonderful assisted living facility, The Grande, in Brooksville, FL with a truly amazing... View Obituary & Service Information

The family of Mr. Harry Gunter Jr created this Life Tributes page to make it easy to share your memories.

Send flowers to the Gunter family.