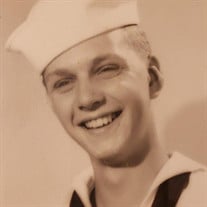 Gerard Clement, age 89, passed away peacefully in his home in New Port Richey, Florida on January 21, 2022. He was born in Brooklyn, NY on August 7, 1932, the son of the late Gerard Joseph Clement and Rosina Marie Clement (nee Schmidlin). Gerard joined the U.S. Navy in 1951 and served honorably as a Radarman aboard the USS Gearing during the Korean War until 1955. Upon leaving the Navy, he returned to Brooklyn where he attended the RCA Institute earning an Associate degree in electronics. He met his beloved wife of 40 years, Barbara (nee Schank), also of Brooklyn, and together raised their three children. While working at Bell Labs in Murray Hill, NJ, Gerard attended the New Jersey Institute of Technology (NJIT) where he earned his Bachelor’s degree in Electrical Engineering. He also held a Professional Electrical Engineering License from the National Society of Engineers. Gerard relocated the family to Staten Island N.Y. in 1970 and began his career as an engineer working for the New York Telephone Company in New York City, and later worked for BellCore in New Jersey, retiring in 1991 with 34 years of service. Gerard was a proud member of the Florida Naval Sailors Association and was selected for Honor Flight, traveling to Washington, D.C. with fellow Korean War veterans to visit the memorials dedicated to honoring those who served and sacrificed for our country. Gerard was a congregant at Saint Michael the Archangel Catholic Church. Gerard was a wonderful and loving husband, father, grandfather, brother and uncle and was loved by all. He and Barbara loved to travel and he was most excited to talk about his adventure of being shipwrecked and rescued from a cruise ship in Antarctica. Gerard was predeceased by his parents, wife Barbara, and eldest son Gerard Joseph Clement (Elizabeth). Left to cherish his memory are his children Laura Jean Clement Morgan and William Clement (Gerri Lynne), both of Virginia Beach, VA, grandchildren Elyssa Clement, Danny Clement, Billy Clement, Katie Clement and John Morgan, sisters Cecelia Corbin and Constance Thompson and brother Richard Clement. A memorial service will be held on Friday, February 4th at 2pm at the Grace Memorial Gardens and Funeral Home Chapel, 17007 U.S. Highway 19, Hudson FL. 34667. A Celebration of Life will be held at a future date at Princess Anne Memorial Park, 1110 Great Neck Road, Virginia Beach VA 23454.

Gerard Clement, age 89, passed away peacefully in his home in New Port Richey, Florida on January 21, 2022. He was born in Brooklyn, NY on August 7, 1932, the son of the late Gerard Joseph Clement and Rosina Marie Clement (nee Schmidlin). Gerard... View Obituary & Service Information

The family of Gerard Clement created this Life Tributes page to make it easy to share your memories.

Gerard Clement, age 89, passed away peacefully in his home in...

Send flowers to the Clement family.